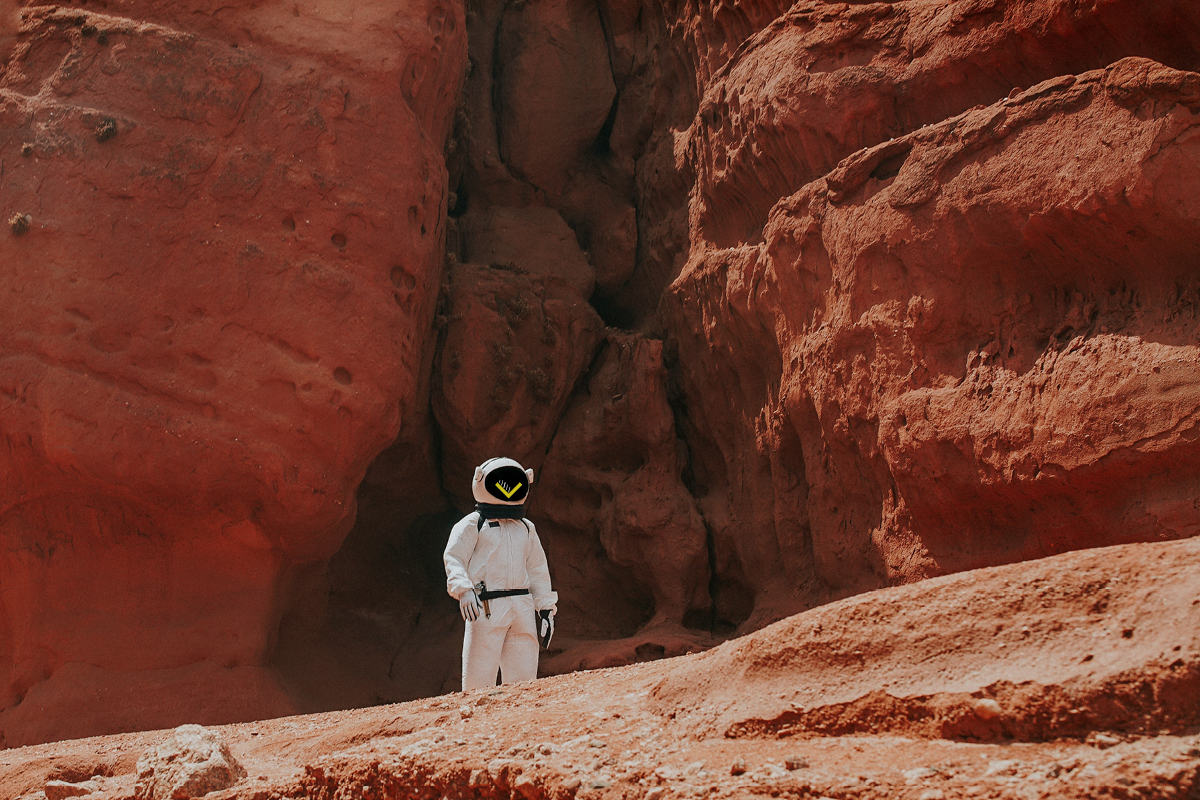 How Concrete Factors Into the Race to Reside on Mars

Life on Mars never sounded so good…. Are we right, fellow Earth-dwellers? After all, an escape to the Red Planet and partying with tiny green men might be exactly what everyone needs right now. Happily, innovations in concrete are in the works that may get mankind one small step closer to calling Mars “home sweet home.”

Concrete, you scoff? Why would the latest and greatest in concrete be pertinent to life on Mars? Two words: Shelter. Meteorites. Next to food (which I think we can all agree is essential), safe dwellings are most important when setting up shop on another planet. This means creating structures that are strong enough to withstand the occasional pesky meteorite.

Why not use the same old-fashioned concrete we have down here on Earth? Well, there are a few issues with that, and researchers at Northwestern University, led by scientist Gianluca Cusatis, have delved into the task of solving them.

First, Earthly concrete, and the materials used to make it, are far too heavy to be transported to the Red Planet. Therefore, we’ll need to create the concrete from materials readily available once we’re up there. However, the aggregate typically used to create concrete, which we find in abundance here, is swapped out for a finer soil on Mars that is significantly chemically altered.

Second, and this is a biggie, is that while Mars may have a lot of good things going for it, copious amounts of water doesn’t make the list. And water is essential to creating concrete.

What’s That I Smell?

No traditional aggregate and no water do not a viable concrete make. What does work, quite brilliantly, is combining the dusty Martian soil with sulfur. Sulfur is in big supply on Mars and, when heated to around 240°C, it becomes a liquid that can be mixed with soil. When the sulfur cools and solidifies it binds the soil into a super strong—perhaps 2.5 times stronger—medium than standard concrete. These exciting tests have been done in the laboratory using a simulated Martian soil. Take that, meteorite! Additionally, the substance lends itself well to 3-D printing applications, which means robots may be able to precede humans to Mars and build shelters prior to our arrival.

This isn’t the first time experimentations in planetary concrete have been undertaken. In fact, it was researched in the 70’s on the moon. However, due to the moon’s atmosphere (or lack thereof), sulfur whizzes past the liquid stage and goes directly into a gas. This inconvenient reality makes the moon method impossible.

Even more interesting is the ability for recycling this new Martian concrete. When reheated, the substance softens and can be reformed. While we can and do take advantage of recycling standards for Earth-made concrete, the infrastructure and management of that task is quite involved and labor intensive. Having a substance that is more readily changeable is certainly a win.

Realistically, we are quite a few years out from human habitation on Mars…as appealing as it may sound. NASA has its sights set on 2030 for sending humans up, which will be here in a meteorite second. In the meantime, we continue to celebrate the impact technology has on our dynamic industry and make it our mission to bring you the latest and greatest concrete and asphalt-related products to serve you well during your time here on planet Earth.