Businesses and HOAs in Mountain View, California trust Black Diamond Paving & Concrete, to design, build, and maintain their asphalt surfaces. Black Diamond Paving & Concrete provides exceptional paving contractor services in Mountain View. We are a family-owned and operated business with over two decades of experience. We provide a wide range of asphalt services to meet the needs of our local customers. 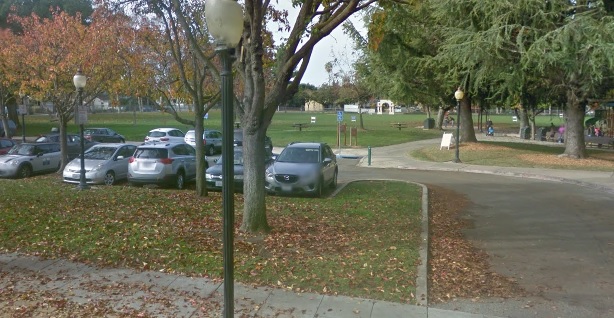 All About Mountain View, CA

Downtown Mountain View on Castro Street thru El Camino Real Street is a pedestrian-friendly area and thriving area. The plaza is used for many different venues and events. The Mountain View Center for the Performing Arts, Theatre Works, and Pioneer Park is located in this area. Every Thursday evening Castro Street is closed off to all cars and there are live concerts provided during the summer months. The annual Mountain View Art & Wine Festival is also held on Castro Street. This event started in 1971 and is still going on. The wine festival happens for two days and a great time to taste local wines, taste delicious foods and visit with the residents of Mountain View. Mountain View, California is a fun and exciting city that visitors will enjoy.

Our Latest Projects in town

Recently a local restaurant contacted us about a parking lot repair job in Mountain View. The restaurant was planning to celebrate its 20th anniversary later in the year and wanted to have a special event to honor the occasion. Before the event could happen, however, the owner needed to make some repairs to her property. In her initial call to us, she said she was interested in patching the numerous potholes that peppered the lot, as well as filling some of the major cracks.

We prepared an initial plan and headed out the next day for the pavement repair consult in Mountain View. When we arrived at the restaurant, it became clear that this would not be the simple parking lot patching and crack filling job we anticipated. There were many more potholes than we expected and the damage to the asphalt was more significant than the owner had described on the phone.

We decided to ask the owner about the history of the parking lot. She informed us that the asphalt was almost as old as the restaurant itself and that no regular maintenance had been performed since she took over the restaurant from her father a few years ago. Over time, cracks formed from the natural aging of the pavement, but were not filled. Water got into the cracks and caused damage and instability of the base layer, eventually resulting in potholes. The lack of sealcoating only expedited the deterioration process.

We approached the owner with a new plan for her parking lot. Due to the extensive damage and potential for further deterioration, as well as the age of the lot, we recommended a full resurfacing. The owner was nervous about taking on such a large project, but trusted our expertise regarding parking lot pavement, and agreed to go ahead with the plan.

We got started on the project straight away, as we needed to have the lot finished before the anniversary event happening in the next month. On the first day of construction, we mainly focused on breaking up and removing the existing asphalt. It was an incredibly hot day and the work was exhausting, so during one of our breaks, the owner brought out some lemonade and cookies to thank us for our hard work.

Over the next few days, we finished removing the old pavement and replaced it with fresh, new asphalt. Everything looked smooth and there wasn’t a crack or pothole in sight. Two months later, once the new asphalt had set, we came back to stripe the pavement, to complete the lot. We also established a future maintenance plan with the owner, and made plans to come back next year to fill any cracks or do any parking lot maintenance needed, which would prevent this situation from happening again.

The new parking lot paving looked great when it came time for the restaurant’s anniversary celebration. The owner was very pleased with our services and looked forward to working with us again in the future.

The Latest from Our Team

Check out this page again soon for news on our Mountain view asphalt contractor projects.