How to Win Friends and Influence People with Concrete Trivia 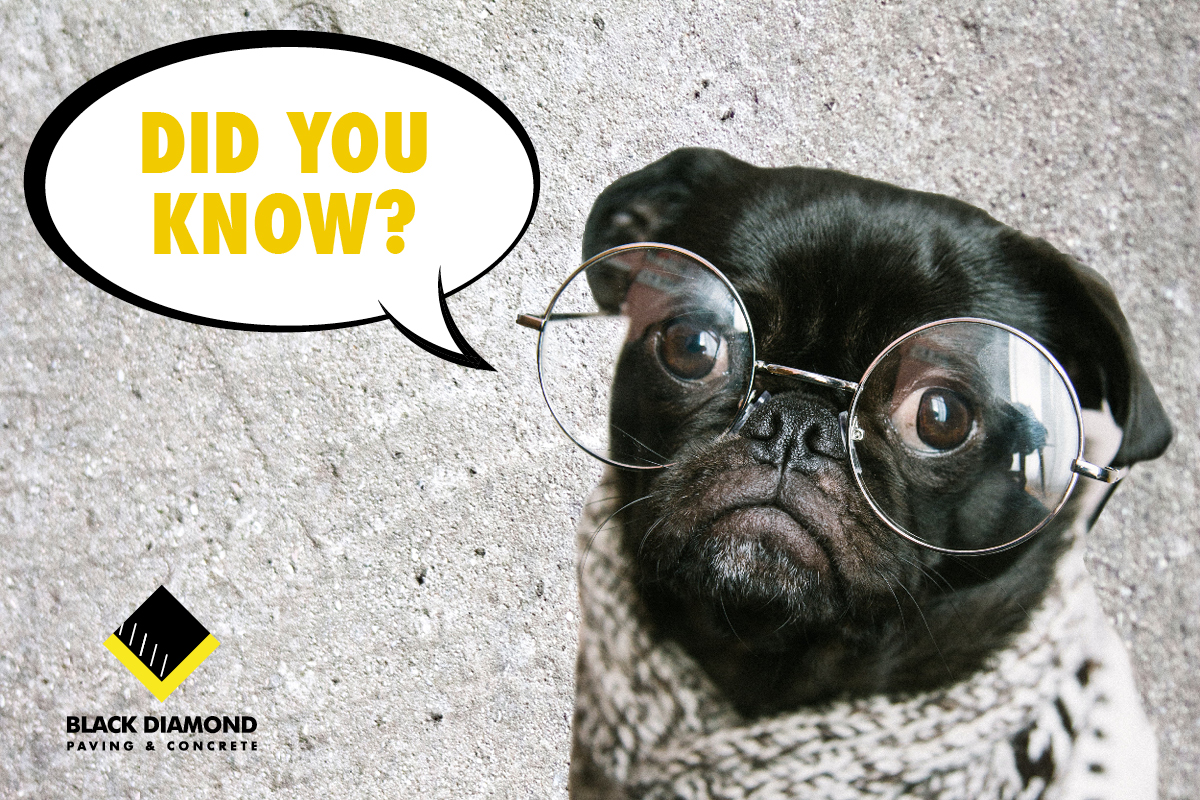 If you are an avid reader of our Love2Pave blog (and who isn’t?) you will have gathered that we tend to geek out when it comes to all things asphalt and concrete. It’s a fascinating field to be in, filled with new discoveries encompassing what is, essentially, very old and quite humble materials. We could talk about the story of concrete, for example, for days on end…but we will spare you and settle for the 25 cent tour.

The History of Concrete in a Nutshell

In its most basic form, concrete was used as far back as 1300 BC, when a crude slurry of burned limestone was applied to the outside walls of structures for fortifying and protection purposes. The methods became more sophisticated in the regions of Syria and Jordan around 700 BC when they discovered hydraulic lime (cement that hardens under water) could be used for housing, flooring, and waterproof cisterns. By 200 BC the ancient Romans were rocking the material in all sorts of ways with a mixture that included volcanic ash, lime, and seawater.

But all good things must come to an end…which it did when the recipe was lost during the fall of the Roman Empire in 476 AD. Gone was our tragic hero concrete—not forever, but for a very long time (almost 1,000 years) until it was rediscovered in 1414. The rediscovery of the process for creating the material ushered in a new concrete boom, which took off with renewed vigor in 1793. This is when a guy named John Smeaton discovered an improved method for producing lime. Thanks, John!

Now we skip ahead about 30 years to when Joseph Aspdin invented a substance you may have heard of: Portland cement. Portland cement is the powder produced by burning finely ground chalk and clay until all the carbon dioxide is removed. Heading into the 19th century, concrete was primarily used for industrial buildings before becoming more popular as a building material in homes. And it’s been smooth sailing from there, as concrete became central to the world around us with its integration into buildings, roads, bridges, dams…you name it.

Speaking of ingredients…it’s pretty standard to hear the terms concrete and cement used interchangeably, but if you want to get technical about it (and we do), it should be noted that cement is just one part of the finished product that is concrete. Think of cement as the glue that holds it all together—a glue made from combining water with Portland cement.

Okay, we know concrete is quite captivating, but it may not be what the average fam plans a vacation around. Until, of course, you consider that you could go see these incredible tributes to our beloved building material:

Built ca. 125 AD, this is the grandaddy of concrete structures and a testament to the material’s longevity…you do the math. See what happens with proper maintenance?

What’s not to love about 50+ miles of meandering concrete?

Built in 1973, Willis Tower held the record for the tallest building in the world until the late 90s. It may be heavy, but concrete sure can soar to great heights.

There you have it! You never know when a casual social situation is going to demand a few concrete fun facts. We have you covered, and you may now consider yourself the life of the party. When the concrete talk starts, people flock. Let us know if we can answer any more questions about this marvelously versatile and strong material—we love to talk concrete!