Just Another Bump in the Road 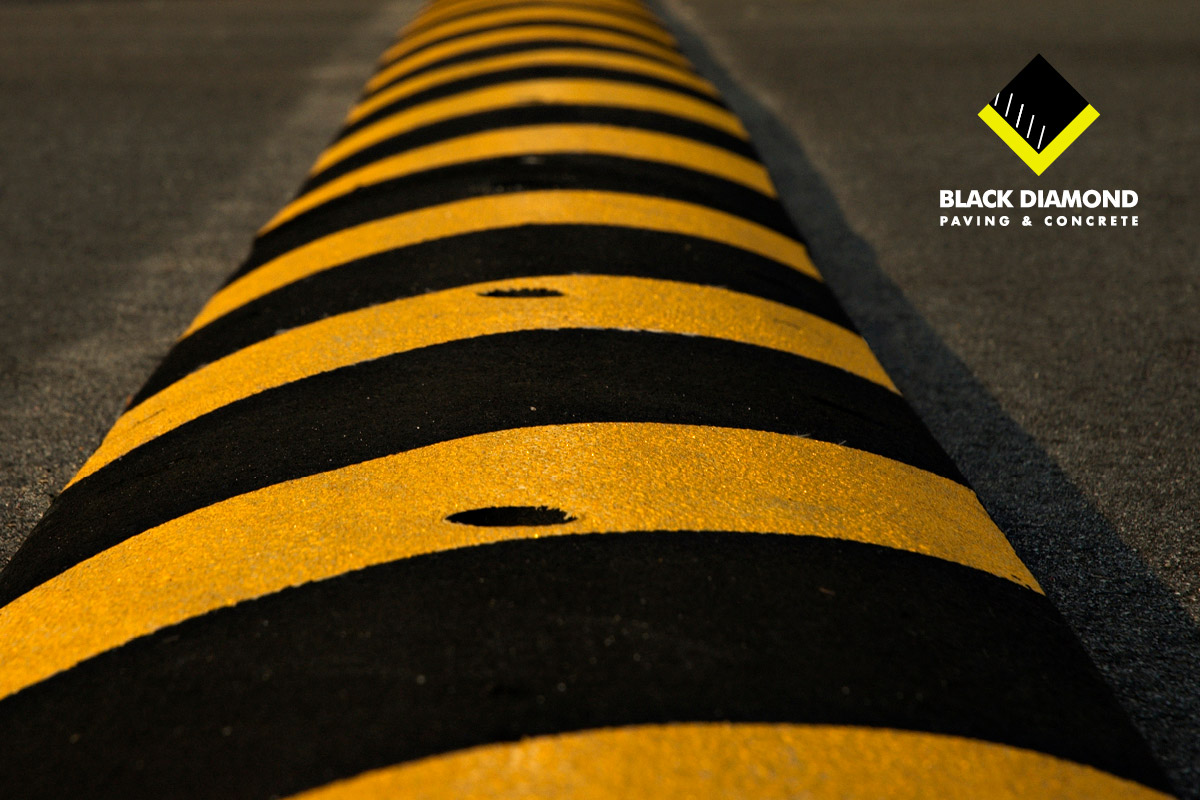 The Pros and Cons of Speed Bumps

People drive too fast. Way too fast. In fact, they drive so fast, society had to come up with several different ways to slow them down and keep everyone safe. Signs announce an area’s speed limits. Cops lie in wait with radar guns. Old men shake their fists at the sky and yell at people to slow down.

But in this article, we take a look at a different approach: speed bumps.

Speed bumps are among the most popular and most effective traffic-calming techniques. And if you’re thinking about installing some around your property, you’ll want to explore all of the pros and cons. Whether you’re running an HOA, a nonprofit, or a retail location, here’s everything you’ve ever wanted to know about speed bumps.

They Actually Get Traffic to Slow Down

When you slow down traffic, you also increase safety. And you’ll see that manifest in two different ways:

For example, the National Library of Medicine found that, in cases where a child got hit by a car, the presence of a speed bump or hump reduced the odds of injury or death by up to 60%. Installing speed bumps can mean safer roads and parking lots for people, cars, and that family of raccoons that’s taken up residence by the club house.

The nice thing about speed bumps is that you can install them in a way that matches the way the property is used.  Smaller bumps are fine for slower speed private roads while larger speed tables are an option for city streets and larger roads.  If you want them painted bright yellow so they stand out, that’s easy, too. Throw some yellow or white stripes on them, or stencil large white arrows announcing their presence. You can install speed bumps that match pretty much any aesthetic.

They Disrupt the Normal Flow of Traffic

Most people would say the entire point of speed bumps is to disrupt the normal flow of traffic. But if you’re running a high-volume location that involves getting cars in and out quickly, speed bumps can slow things down so much that they cause congestion. That’s a trade-off you might be willing to make, but if the congestion gets extreme, you might see an increase in unwanted vehicle noise and fumes (and maybe some angry tenants).

They Could Damage Vehicles

When a car drives over a speed bump, the vast majority of the time, that car is totally fine. But if the driver isn’t paying attention, they might take the speed bump a little too fast and end up damaging their car’s tires or suspension. Similarly, if the speed bump is designed or installed incorrectly, even a careful driver might see some damage—and you certainly don’t want to be liable for that.

This may seem like an insignificant factor. But when the people interacting with your property don’t like speed bumps, that can play out in a couple different ways: They could end up hurting the curb appeal of your location, which might lower the price a buyer is willing to pay for it in the future. You also might see people going to extreme lengths to avoid those speed bumps. For example, if you run a retail location, they may choose to shop somewhere else, or swerve into the wrong lane to avoid the obstacle.

Let’s say you’ve had a moment to consider the pros and cons and you’ve decided to install speed bumps on your property. Now you have to decide whether you want to go with asphalt or recycled rubber bumps. Asphalt will be more expensive, but they also look better and are much more durable. Rubber speed bumps, on the other hand, look a little more “budget,” but are easier to install and rearrange. You can get concrete speed bumps, too, if you’re looking for a different aesthetic. But those first two choices are the most common.

If speed bumps aren’t right for you, there are a few other options out there. For example, speed humps have a more gradual incline, so they’re easier on cars and drivers (though they may not slow traffic down quite as effectively). Speed ditches are small dips in the pavement. And speed “cushions” have tiny gaps in them that allow emergency vehicles to pass freely.

When it comes to speed bumps, there are no right or wrong answers. At the end of the day, it’s all about what’s right for you. But if you need help deciding what’s going to be best and most cost-effective for your property…well, you know where to find us.