People and Pavement: A History (Part 2) 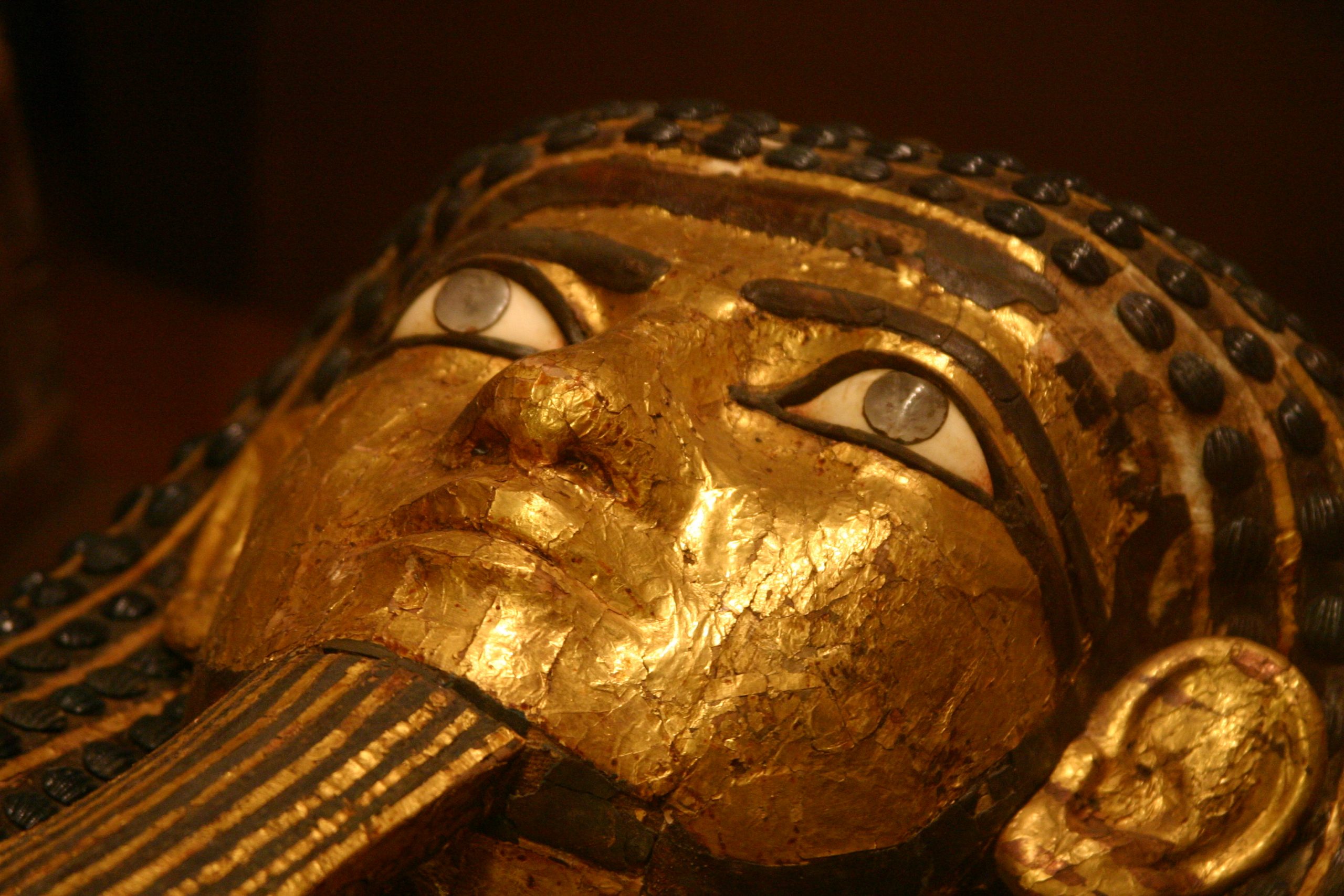 Egyptian mummy from the Museum of Modern Art, New York

Last month, we gave you the skinny on the very beginnings of asphalt—what it’s made of, how it’s formed, where it’s found. If you haven’t read it, yet, you might want to check it out. Riveting stuff. But we left you hanging, just when it started to get exciting. So, in this next part of our History of People and Pavement series, we step it up a notch…and finally get to the people part.

It was only a matter of time before early civilizations discovered this sticky stuff and put it to good use. There’s evidence that as early as the 5th millennium BCE (roughly seven thousand years ago), naturally occurring asphalt was used as a waterproofing and adhesive agent in the Indus Valley. Folks back then would line their crop-gathering baskets with it to prevent all the tiny seeds and pieces from falling out on the long walk back to their homes. A couple thousand years later, workers used asphalt as a waterstop between brick walls of a reservoir at Mohenjo-Daro (one of the world’s earliest “cities”), as well as to waterproof the settlement’s large, elaborate public bath.

Cut to a couple millennia after that, and we have evidence that asphalt had been used in various ways in just about every ancient civilization you can think of. The Mesopotamians used the gluey gunk to waterproof their temple baths and water tanks; the Phoenicians used it to calk the seams of their merchant ships; the Sumerians used it as mortar, caulk, and cement to keep parts (such as eyes) of their statues and carvings in place. The ancient Egyptians used asphalt as an ingredient in their mummy embalming process, and mortared a sort of rock wall laid along the banks of the Nile with it to prevent erosion. It’s even said the baby Moses’s basket was waterproofed with asphalt. And that’s not the only biblical application of this useful goo—apparently Moses mentioned asphalt as a material used to construct the famous, ill-fated Tower of Babel.

In other parts of the world, other ancient civilizations were also discovering asphalt’s useful properties. In the Far East, natural asphalt was slowly boiled and then cooled to produce a much harder substance which was used to waterproof scabbards and was cast into statuettes of household deities. In North America, bitumen was used to adhere stone “arrowheads” to wooden shafts, to waterproof birchbark canoes, and was heated in pots to ward off mosquitoes.

It was in ancient Babylon, during King Nabopolassar’s reign in the 6th century BCE, that we see the first recorded evidence of asphalt as a road building material. Here we find an inscription on a brick which records the paving of the Procession Street, which led from the King’s palace to the north wall of the city. The road was paved with asphalt and burned brick.

Though asphalt would continue to be recognized and utilized as an extremely valuable resource for centuries to come—in fact, the first known battle over a hydrocarbon deposit was between the Seleucids and Nabateans over asphalt in 312 BCE—it wasn’t until the late 1800s that it started to morph into the flat, black “asphalt pavement” we know and love today. But more on that next time, dear readers, as we conclude our comprehensive look at the History of People and Paving.