At Black Diamond, we love it when the opportunity comes along to undertake a full asphalt replacement. There’s something so satisfying about seeing the transformation of an old, broken down slab of pavement into a crisp, shiny, new blacktop. It never fails to breathe life into a community!

Our recent project at Mark II Apartments in Santa Clara was no exception. Owner Joshua Cedar contacted Black Diamond last fall to have us bid on several properties that needed repair work done. Chief among them was Mark II and its ancient parking lots.

As the property is well over 60 years old, and during that time the pavement had only received reactive repairs, Black Diamond Project Consultant Chris Soria determined the best course of action was a complete removal and replacement. When presented to Joshua and the other owners, all parties agreed this was the best option and would offer the greatest return on investment. Black Diamond was awarded the contract for Mark II—as well as for the owners’ other five properties! 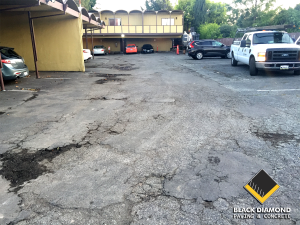 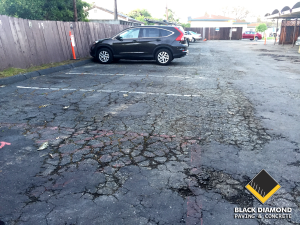 While the scope of the Mark II project was straightforward, it became clear early on that there may be hidden issues to tackle. During the bidding process, as Chris walked the Mark II property, he noticed numerous signs of soft soil and was concerned about the integrity of the subgrade. He presented his findings to the owners and it was agreed that any problems would be addressed in “real time” as the project progressed.

Sure enough, the Black Diamond crew excavated the asphalt surface and discovered the entire community’s subgrade was heavily water-saturated. A Type II cement soil stabilization would need to be performed before repaving could commence. 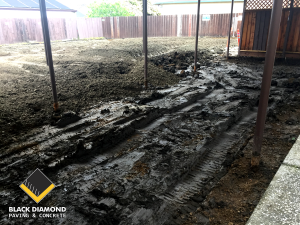 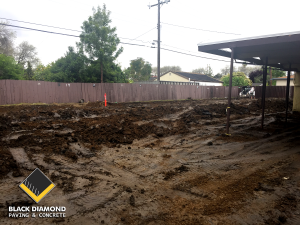 Though, at first, this added cost was a bit hard to swallow, the end results of the project exceeded everyone’s expectations. It wouldn’t be much of an exaggeration to say that Mark II’s parking lot looks a million times better than it did before we worked our magic, and the community’s owners are pleased with a job well done.