What on Earth Did We Just Unearth? 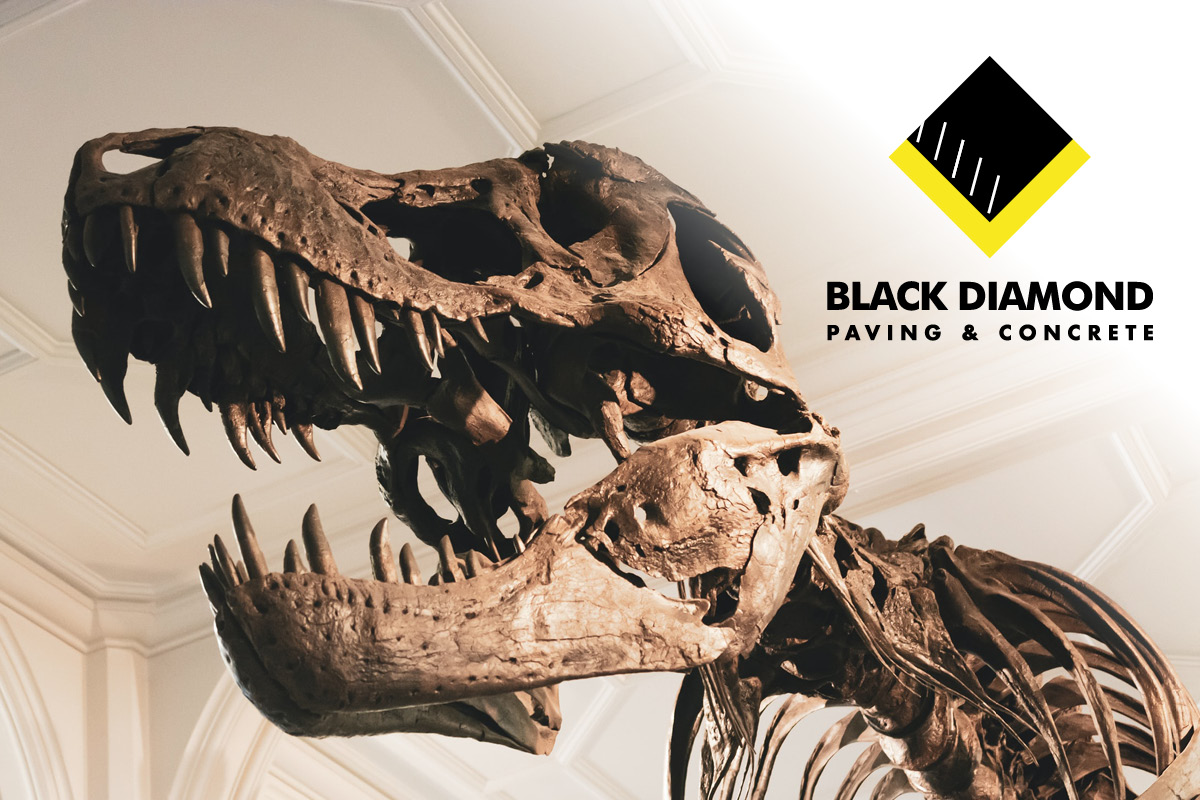 The Craziest Things Paving Crews Have Found During a Job

At Black Diamond, we’ve seen everything from potholes, to rutting, to alligator cracking. In fact, you could say that we’ve seen it all. But every once in a while, a pavement crew will find something so astonishing that no amount of experience could’ve prepared them for what came next. So, below we take a look at some of the craziest finds of all time.

In 2015, a road crew found an actual bomb near Darwin City in Australia. It had been dropped in World War II by the Japanese and miraculously didn’t detonate. The police were notified, came to collect the bomb, and safely disposed of it. Seeing as how Darwin was bombed over 60 times during the war, there’s a good chance that road crew came across more explosives during the project. Now that’s a discovery that’ll really blow you away.

During a bit of road work in Utah, The Department of Transportation found an entire pit-style house that had been buried underground since around 400 BC. Archaeologists think it probably belonged to ancestors of the Shivwits tribe, who’d been living in the area for 10,000 years. The scientists also found a few other ancient artifacts, like arrowheads, pottery, and a short CVS Receipt.

You might’ve dreaded finding this one on the list, but at one point, a road construction crew did in fact find an ancient Roman burial site. Experts think the site might be as old as 3500 BC and contained more than 450 burial and cremation sites. So, is this job site haunted? We’re honestly not sure. But we do know that 400 ghosts showed up the next day to help finish the job.

During a road construction job in India, one of the workers found a literal pot of gold. The treasure most likely dates back to the 12th century and consisted of about 50 gold coins. And that brings us to our next point. If we’re redoing your parking lot and find buried treasure, we’d be happy to split it with you 50/50.

While working on a roadway in Southern California, The Department of Transportation found a fossilized bison. And shockingly, the specimen might have stood about eight-feet tall at the shoulder. A lot of scholars think with that sort of height, the bison could’ve played in the NBA and gone on to be one of the best rebounders of all time.

When you were a kid, did you bury a time capsule full of stuff you thought was really important for future generations to find? Maybe some baseball cards, a favorite CD or cassette tape (depending on how old you are), drawings you were particularly proud of? Well, while working on a bridge in Scotland, a road crew found a time capsule from the 1890s containing a newspaper and a bottle of whisky. Says a lot about what the Scottish find crucial to their way of life…. Slàinte Mhath!

In 2011, a Chinese construction crew was working on an old road in the Jiangsu Province. And it was here that they found a 700 year-old mummy dressed in silk robes and wearing slippers and jewelry. So, in case this actually needs to be said, here’s Black Diamond’s official policy on mummies: if we find one, we’re running away and screaming.

During routine road work in Oregon, a crew found a wooly mammoth tusk that’s estimated to be about 10,000 years old. And while they say age is just a number, if you ask us, anything that’s 10,000 years old is really, really cool. The Outsider—the publication that originally covered the find—explained that finding a wooly mammoth tusk is actually fairly common. But we beg to differ. We’ve been in the paving business for a pretty long time and still have only found about 70 or 80 of these things.

While resurfacing a road in Poland, workers found a stash of a whopping 507 silver coins. Experts think the coins might’ve been buried in the 1600s and were probably intentionally hidden by someone trying to keep them safe. And since no one found them for a few hundred years, we have to admit that the original owner did a pretty good job of hiding them.

Perhaps one of the more surprising finds occurred on the campus of St. Mary’s College in Maryland. A crew was redoing one of the roads, and underneath the pavement, they found a second road. The road, which dated back to about 1740, was made of logs and is a style of thoroughfare sometimes referred to as a “corduroy road.” But here’s the real question: was it feathercord or wide wale?

Black Diamond has been in the paving and concrete business for decades, serving everyone from non-profits, to retail properties, to apartment communities. And over the years, we’ve seen it all, gaining a ton of experience with paving, sealcoating, and more. So, if we find out that your pavement needs a little love, we’ll do a bang-up job at a fair price.

But if we find a bunch of mummies, you’re going to have to call somebody else.